Johnson Central’s Brayden Staniford scored a pair of goals and added an assist as the Eagles went on the road and beat Greenup County, 4-1, in the season opener on Tuesday night.

Sawyer Crum and Shawn Arms added one goal each.

Goalkeeper Tate Cox had eight saves and assisted on one goal.

Prestonsburg built a three-goal halftime lead and the Blackcats went on to blank Belfry, 4-0, in a match played at Massey Energy Soccer Complex.

Bryan Amador scored a pair of goals in the season opener while Taegan Slone and Nick Lester added one goal apiece.

Martin County went on the road to East Carter and the Lady Cardinals fell 6-2 in the season opener on Tuesday night.

Laura Hale had both goals in the loss. Sophia McCoy had an assist.

Johnson Central’s Lakin Bentley knocked home a pair of goals to lead the Lady Eagles to a 4-1 home win over Pikeville at Jim Matney Field.

Deana Osborne and Brooklyn Ousley added one goal each. Kierstin Sagraves and Makaylie Walker each had an assist.

Abigail Ramey and Natalie Damron shared time between the pipes.

Prestonsburg standout Anna Burchett was an unstoppable force as she scored nine goals and added an assist to power the Lady Blackcats to a 12-2 win over Belfry at Massey Energy Soccer Complex.

Sophie Adkins added two goals and added an assist while Jade Fitzpatrick had one goal and one assist. Emily Burchett added two assists.

Myra Bevins scored both goals for the Lady Pirates. Bailey McCoy had one assist.

The Bears will make their debut on the pitch in just three days, traveling to Pittsburgh, Pa. for an exhibition matchup with Point Park University. The following Saturday, the squad will make the trip to North Carolina for another friendly with Lees-McRae College.

Regular season action opens on Thursday, August 25 at Montreat College before the Bears return to Pikeville for home opener action against Midway University on Wednesday, August 31 at 4 pm.

Bluefield is up next on September 3rd, before the Bears return home for a pair of games against Campbellsville-Harrodsburg and Indiana-East on Sept. 6 and 10.

All home games will be played at the Bob Amos Grass Soccer Field and streamed live via the UPIKE Sports Network.

Viewing page 1 of 5|Next Page 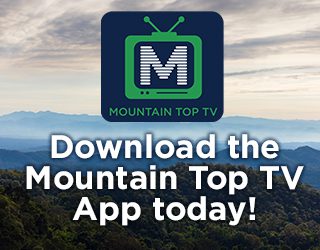